The South Adelaide Basketball Club (SABC) was formed in 1952. It was one of the foundation clubs in the sport of basketball in South Australia. Within these early years of basketball the club has had much success with men & women senior & junior teams. The Men’s ABA team has won many premiership flags with the most recent coming in 1998 winter season.

SABC still holds an Australian basketball record for 51 straight wins, being set in 1965. It has developed many champions that have proudly represented South Adelaide and gone on to represent Australia in the modern Olympics.

From our prominent history have come some of the most recognised and celebrated personalities of the game in this state and even across the country. These talented individuals have been inducted in our Hall of Fame over the years and we endeavour to develop strong and gifted players, coaches and club personnel as we continue on our journey together.

SABC has a long and successful path and looks forward to an even more rewarding future.

Some of our most successful club members include: 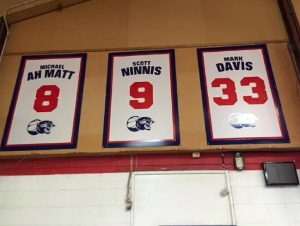